Bob serves as president and chief executive officer of The Ogden Newspapers Inc. and The Nutting Company. He is chairman of the Pittsburgh Pirates and Pirates Charities, and chairman of Seven Springs Mountain Resort.

Bill is the vice president of The Ogden Newspapers, Inc. as well as all of The Nutting Company divisions and subsidiaries.

Bill serves on the board of the Associated Press. He is a past president of the Southern Newspaper Publishers Association and has previously served on other newspaper and media boards including the Inter-American Press Association and the Pennsylvania NewsMedia Foundation. In academia, he served on the WVU Board of Governors from 2007 through 2016 including in the role of Chairman of the Finance Committee. In other areas, he has served as a director of the Security National Trust Company, Community Foundation of the Ohio Valley, and the Ohio Valley Industrial and Business Development Corporation.

Bill graduated from Harvard in 1983 and received a J.D. from the UCLA School of Law in 1986. He is a member of the Pennsylvania Bar Association and the West Virginia State Bar Association.

Cameron joined Ogden Newspapers in 2011. She currently serves as Regional Publisher in the mid-Atlantic region. Cameron is also responsible for driving new revenue & growth initiatives across the company, including digital initiatives, new products and acquisitions.

Cameron graduated from Williams College and has a M.A. from George Washington University’s School of Media & Public Affairs. Cameron also serves on the boards of the Inland Press Association and West Virginia Independent Colleges & Universities.

Duane is a member of the AICPA and PICPA.

He oversees the premier hospitality amenities such as Highlands Sporting Clays and Highlands Golf Clubs in the Laurel Highlands focused on outdoor, mountain lifestyle.

Mauck is also CEO for Highlands Resort Realty, the leader in real estate solutions in the Laurel Highlands and Highlands Ventures Development, which has a diversified portfolio of residential, commercial, and mixed-use projects with in-house development, construction, property management, leasing and marketing of various real estate projects and developments.

Eric is also one of the six board members of the Pittsburgh Pirates and provides leadership support for The Ogden Newspapers, Ogden Publishing and SWC Realty.

Prior to this, Eric served as chief executive officer at Seven Springs Mountain Resort, Hidden Valley Resort and Laurel Mountain Ski Area. During Mauck’s tenure, Seven Springs was consistently rated one of the top resorts on the east coast for snow sports. His vision led Seven Springs to receive numerous high rankings for snowboarding and terrain parks within the industry. In addition, Mauck oversaw the resort becoming the first in the state to ever host a professional ski and snowboard event. Under his direction, the resort also diversified and became a four-season destination including the 2009 additions of a world class multi-course Sporting Clays facility and a state of the art Spa, upgraded winter operations, renovated hotel and events spaces, enhanced dining experiences, the acquisition of Hidden Valley Resort in 2013 and the re-opening of long dormant Laurel Mountain in 2016 and expanded offerings and event programming helped drive more annual guests and employment opportunities to the resorts than at any time in its history.

Additionally, Eric was the chairman for the Laurel Highlands Visitors Bureau Board of Directors and sat on the Governor’s Steering Committee for Tourism for the State of Pennsylvania.

Eric also served as the vice president of operations of Oglebay Resort and Conference Center for five years, where he was responsible for overall operations of the resort.

Mera joined The Nutting Company and its subsidiaries as General Counsel in 2019. Mera focused her legal practice on mergers and acquisitions, corporate transactions and governance, commercial real estate, and banking as a Member of Steptoe & Johnson PLLC from 2008-2019, and began her legal career at Buchanan, Ingersoll & Rooney PC in banking and real estate in 2007. 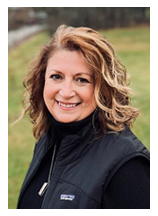 Lauri Jones manages all risk and insurance programs for The Nutting Company as well as leading a number of Special Projects.

Jones joined The Nutting Company in 2006 when Seven Springs Mountain Resort was acquired and has held various positions leading up to her role of Executive Director of Operations for Seven Springs Mountain Resort, Hidden Valley Resort and Laurel Mountain where she was involved in all facets of resort operations and oversite of all risk and insurance programs. Jones was also a critical part of the culture and growth of the resorts throughout her 30-year career. Jones assumed her current role with the company in 2022.

Jones is currently an adjunct professor at Westmoreland County Community College in the Hospitality and Culinary Arts Department. She has served on a number of boards including vice president of the Pennsylvania Ski Area Association.

Jones is a graduate of Penn State University and resides in Somerset, Pennsylvania